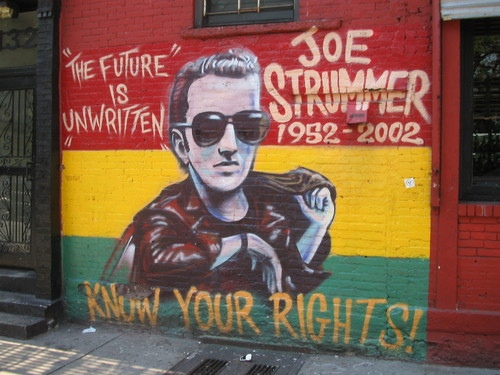 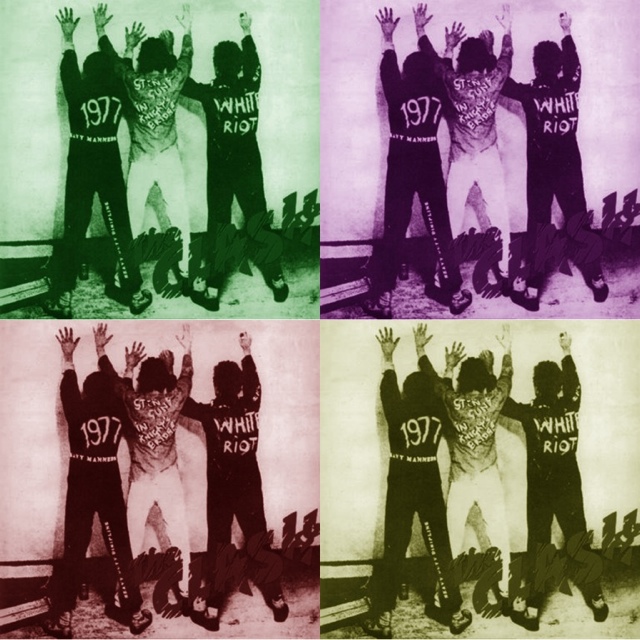 An’ everybody’s doing
Just what they’re told to
An’ nobody wants
To go to jail!

While we walk the street
Too chicken to even try it

Everybody’s doing
Just what they’re told to
Nobody wants
To go to jail!

Here we go, here we go rocking tonight
Lets go to another light
All you ???, lets see the town bright
??? Women like 63 ???
Wait, smashing ??? the cable ???, not your scene
Over there, let’s see what’s going on
Here you go my, go sister, two bumper cars
London’s burning

there you are, ha ha, i told you so
says everybody that we know
but who hid a radio under the stairs
an’ who got caught out on their unawares?
when that new party army came marching right up the stairs

Tommy gun
you ain’t happy less you got one
tommy gun
ain’t gonna shoot the place up
just for fun
maybe he wants to die for the money
maybe he wants to kill for his country
whatever he wants, he’s gonna get it!

tommy gun
you better strip it down for a customs run
tommy gun
waiting in the airport ‘till kingdom come
an’ we can watch you make it
on the nine o’clock news
standing there in palestine lighting the fuse
whatever you want, you’re gonna get it

tommy gun
you’ll be dead when your war is won
tommy gun
but did you have to gun down everyone?
i can see it’s kill or be killed
a nation of destiny has got to be fulfilled
whatever you want, you’re gonna get it!

tommy gun
you can be a hero in an age of none
tommy gun
i’m cutting out your picture from page one
i’m gonna get a jacket just like yours
an’ give my false support to your cause
whatever you want, you’re gonna get it!

okay, so let’s agree about the price
And make it one jet airliner for ten prisoners
boats an’ tanks and planes, it’s your game
kings an’ queens an’ generals learn your name
i see all the innocents, the human sacrifice
and if death comes so cheap
then the same goes for life!

Now every cheap hood strikes a bargain with the world,
Ends up making payments on a sofa or a girl.
Love ‘n hate tattooed across the knuckles of his hands,
Hands that slap his kids around, ‘cause they don’t understand how,

‘n every gimmick hungry yob digging gold from rock ‘n roll,
Grabs the mike to tell us he’ll die before he’s sold,
But I believe in this and it’s been tested by research,
He, who fucks nuns, will later join the church.

Fear in the gun-sights,
They say lie low,
You say ok,
Don’t wanna play the show,
Now all you’re thinking
“Was it death or glory now?”
Playing the blues of kings,
Sure looks better now.

From every dingy basement, on every dingy street,
Every dragging handclap over every dragging beat,
It’s just the beat of time, the beat that must go on
If you’ve been trying for years, we ‘ready heard your song

It’s up to you not to heed the call-up
‘N’ you must not act the way you were brought up
Who knows the reasons why you have grown up?
Who knows the plans or why they were drawn up?

It’s up to you not to hear the call-up
‘N’ you must not act the way you were brought up
Who give you work an’ why should you do it?
At fifty five minutes past eleven
There is a rose…
Yeah!

Number 1
You have the right not to be killed
Murder is a CRIME!
Unless it was done by a
Policeman or aristocrat
Know your rights

And Number 2
You have the right to food money
Providing of course you
Don’t mind a little
Investigation, humiliation
And if you cross your fingers
Rehabilitation

Number 3
You have the right to free
Speech as long as you’re not
Dumb enough to actually try it.

Know your rights
These are your rights
All three of ‘em
It has been suggested
In some quarters that this is not enough!
Well…………………………

Finally then I will read you your rights

Listen to this – Run

Prova 8 – This is England